Are you metabolically flexible – can you burn fat?

Home/Blog, Exercise and health, Weight Management/Are you metabolically flexible – can you burn fat?
Previous Next

Are you metabolically flexible – can you burn fat? 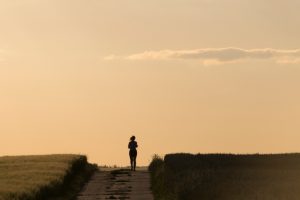 Are you metabolically flexible – can you burn fat

Metabolic flexibility means to be able to switch between energy sources in the body whilst on the move, according to need.  So what are the energy sources supplied to us by the movement of muscles?

From the time we set off all our energy systems will be working at once but one will dominate.  Initially it will be your phosphocreatine system which is involved when movements have to be quick.  This system is used by sprinters, weight lifters or high jumpers.  The problem is it cannot keep you going for long so then your anaerobic carbohydrate metabolism kicks in. Once oxygen starts to travel around your body you will switch to an aerobic metabolism which will move from carbohydrate to fat once you use up your glycogen stores.

It is not so easy to burn fat.  The body really has to feel the need to use it as an energy source and so the enzymes that produce the burning of fat are only active when there is no other choice.  This is why marathon runners incorporate both short and long runs into their training, to teach the body to be able to move flexibly from a predominantly anaerobic metabolism to an aerobic one using fat.  When an untrained marathon runner hits the wall, this is because they have not been able to switch effectively into burning fat and they have run out of energy.  Yet with one molecule of fat we can produce a hundred and twenty-nine molecules of ATP which makes a Forrest Gump-style three year coast-to-coast marathon really possible!  Seriously speaking though, with seven to eight kilos of fat we should be able to do forty marathons back-to-back!  But as ever, this takes practice because if you ‘don’t use it you lose it’.

When exercise was the basis of survival, hunter gatherer populations would move long distances to hunt for food.  They were able to do this because once muscles are active they do not need to rely on glucose coming in from the diet, they use the systems described above.  We have genes that are programmed to come into play during times when food is scarce.  Messages are sent to the powerhouses of our cells where fat is burned to increase in number a thousand fold which increases our capacity to produce energy.  Special transporters ‘grab’ excess sugar floating around the bloodstream –we are programmed for survival and survival means having enough energy to escape danger or to be able to go and find food or water.

What is the intervention to improve metabolic flexibility and fat burning capacity?  Well when we eat before physical activity we rely on a hormone called insulin to push energy into the cell.   But when we move on empty, energy systems kick into place to cover our energy needs.  The problem is that the more dependent we are on anaerobic system the more dependent we are on glucose as an energy source and the more difficult it is to burn fat.  This is often the case during periods of chronic stress, obesity and chronic disease where your immune system will be activated and needing an increased supply of glucose. Dysregulation of  hormones that deal with energy distribution and supply around the body such as cortisol, leptin, insulin and thyroid hormone can follow. The trick is to do your exercise on an empty stomach or if this is too much of a leap, cut your meal frequency down to three meals per day with five hours in between.  If you are new to exercise, begin with high intensity interval training and then gradually add in an endurance session every week.  Eventually you will give your body no other option but to burn fat.

About the Author: Fleur